Blessings of First Night of Ramadhan

“Paradise is made fragrant with the sweetest perfumes in Ramadan from the very beginning of the year till the end, it is brightly decorated for the coming of this blessed month.

And when the first night of Ramadhan appears, a wind blows from beneath the Throne (Arsh). It is called Mutheerah and causes the leaves of the trees of Jannah to rustle and door handles to vibrate, thus giving forth such a melodious sound as had never been heard before. The dark eyed damsels of Jannah then step forth till they appear in the center of the balconies of Jannah, exclaiming, “Is there anyone praying to Allah for us that Allah may join us in marriage with him?” Then these damsels call out “O Ridhwaan, (Keeper of Jannah)! What night is this?” He replies: “Labbayk, it is indeed the first night of Ramadhan, when the doors of Jannah are opened to those who observe the fast from among the community (Ummah) of Prophet Muhammad ﷺ.”

“O Ridhwaan, open the doors of Jannah and O Malik (Keeper of Jahannam), dose the doors of Jahannam for those who fast from among the Ummah of Prophet Muhammad ﷺ. O Jibra’eel, proceed down to the Earth and bind all the rebellious devils (devils), put them in chains, cast them in the oceans, so that they make no mischief, to spoil the fast of the Ummah of My beloved Muhammad ﷺ”.

Allah commands a caller from the heavens to call out three times on every one of the nights of Ramadhan:

“Every day at the time of iftaar, Allah sets bee one thousand souls from the fire of Hell (Jahannam) who had previously been found deserving hell (Jahannam). On the last night, He sets bee as many more as had been set bee throughout the month. On the night of Laylatul Qadr, Allah commands Jibra’eel to descend to the earth with a large group of angels. They descend carrying a green flag, which is then planted on top of the Kaaba. Jibra’eel (AS) himself has one hundred wings, two of which are spread out on this night only. He spreads out these two wings so that their width extends from east to west. Jibra’eel allies salaam then sends out the angels in all directions to offer salutation to anybody they find standing in prayer or sitting, performing Salah or celebrating the praises of Allah. They shake hands with them and say Ameen to all their prayers until dawn. When dawn comes, Jibra’eel (AS) calls out ‘Depart O angels of Allah, depart.”

The angels then inquire:

“O, Jibra’eel what did Allah do regarding the needs that the faithful ones from among the Community (Ummah) of Prophet Muhammad ﷺ before Him?”

“Allah looked at them with Mercy and pardoned them all, except four kinds of people.”

Thereupon, we the companions inquired:

“Who are they O Prophet of Allah?”

“They are the ones who are addicted to wine, those disobedient to their parents, those who cut themselves off from their near relatives, and those who harbor ill-will against their fellow beings and break off relations with them.”

And then the night of Eid-ul-Fitr, the night that is called Laylatul Jaa’izah, (the night of prize giving), comes along. On the morning of ‘Eid, Allah sends down the angels to all the lands of the Earth, where they take their positions on all the streets and lanes, calling out with a voice that is heard by all except men and jinn:

“O Ummah of Muhammad, Prophet Muhammad ﷺ come forth from your houses towards the Lord, Who is Noble and Gracious, Who grants abundantly and pardons the major sins.”

When they proceed for their Eid Salaat, Allah says to the angels:

“What indeed is the reward of that employee who has rendered full service?”

“O our Lord and Master, it is only right that he shall receive his reward in full for his services.”

“I call you to witness, O My angels, that for their having fasted for Me during the month of Ramadhan, and for their having stood before Me in prayer by night, I have granted to them as a reward of My pleasure and have granted them forgiveness. O My servants, ask now of Me, for I swear by My Honor and Greatness, that whatsoever you shall beg of Me this day in this assembly of yours for the needs of your Hereafter, I shall grant you; and whatever you shall ask for your worldly needs, I shall grant what is to your advantage. By My Honor do I swear, as long as you shall obey my commands, I shall cover up your faults. By My Honor and My Greatness do I swear, that I shall never disgrace you in front of the transgressors and disbelievers? Return now from here; you are forgiven. You have indeed pleased me, and I am pleased with you.”

The Angels, on seeing this great reward bestowed upon the community (Ummah) of Prophet Muhammad ﷺ on the day of ‘Eid, become greatly pleased and happy.

May Allah SWT bless all Muslim brothers and sisters with happiness in their family life!

DISCLAIMER: The articles and views posted on this blog are the opinions of individual authors only and as such may not reflect the opinions of Pious Couple staff, editors and readers. They are solely meant for educational purposes and not any illegal purpose. The authors/shuyookh are not responsible or liable for the intentional, reckless, or negligent actions of any individual. Any person who posts, quotes, cites, copies or otherwise relies on any article or comment associated in any way with Pious Couple blog bears sole responsibility for his or her actions, choices and words. While constructive criticism and meaningful discussions are welcome; abusive comments, name calling or intolerance towards other religions, race, sex, countries, etc., will not be entertained. Pious Couple reserves all rights to delete/edit any type of comment or discussion that is inappropriate Islamically, morally or otherwise.
Share2K
Pin20
WhatsApp
Tweet
2K Shares 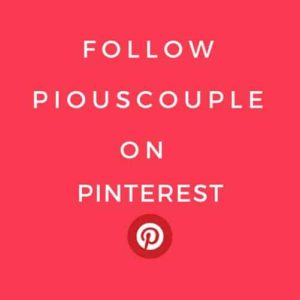